With the project for the roof of the San Paolo stadium in Naples, we have created the largest pieces in the world in polycarbonate: over 15 meters of surface.

The biggest pieces in the world

Size matters. Between 1989 and 1990 we give birth to the largest polycarbonate pieces in the world with over 15 square meters of extension. We are the only company capable of thermoforming a flat sheet in a single block while maintaining all its characteristics of brightness and resistance. Large slabs thus become the protagonists of all our most ambitious projects. 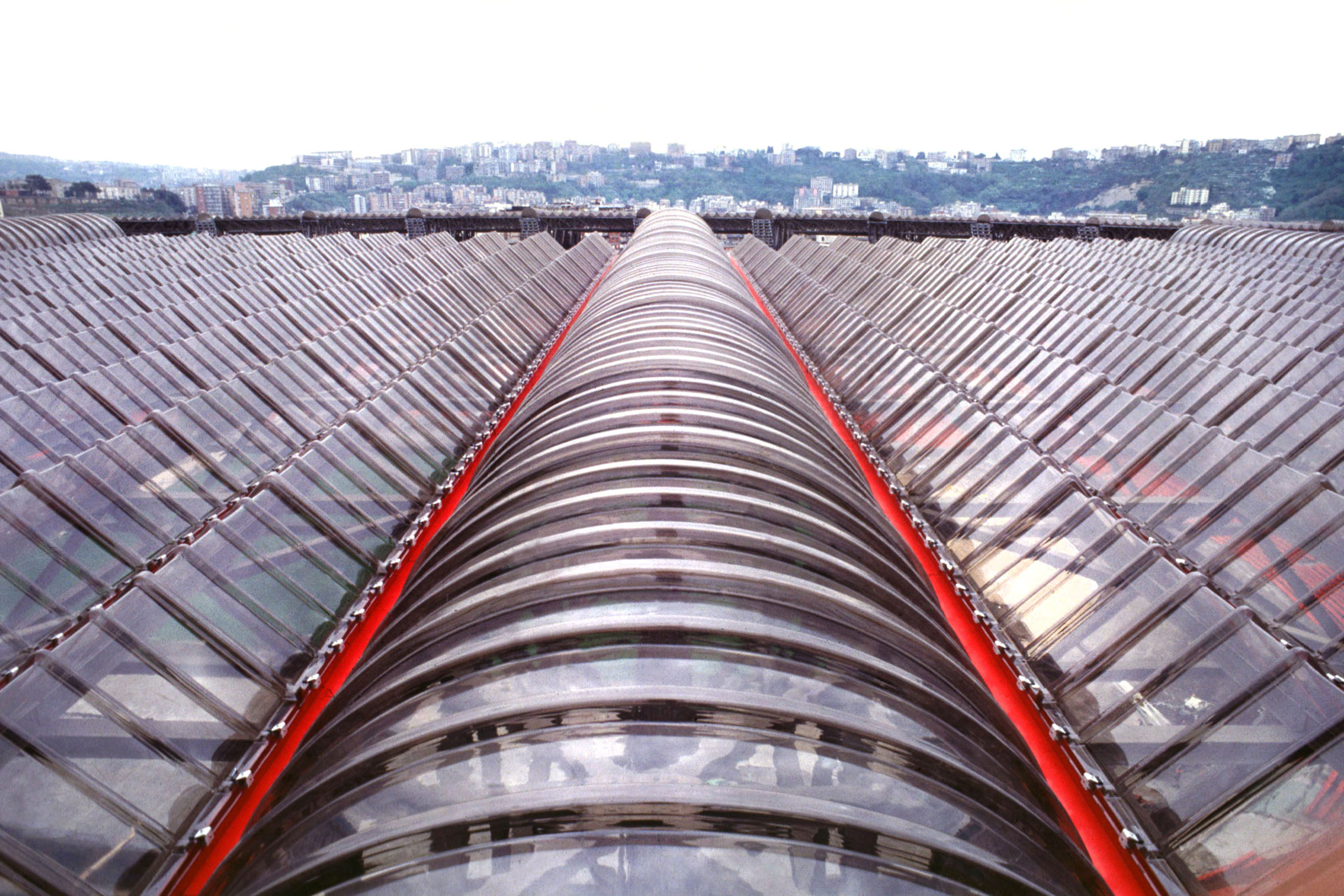 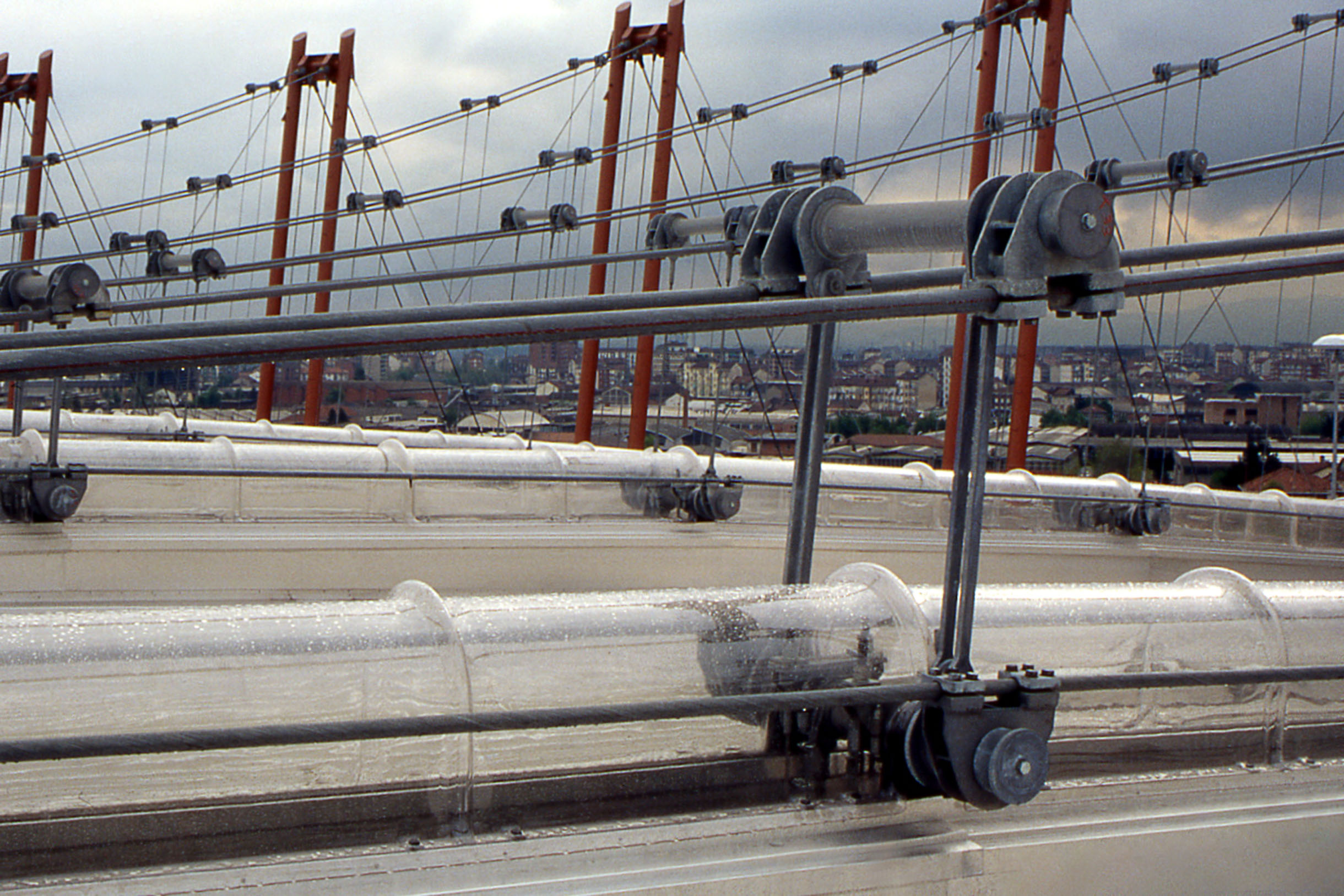 For the San Paolo stadium in Naples, we have created the full coverage of the stands with thermoformed radial tunnels in polycarbonate

The 41m long freestanding FX040 skylights used together to make it the largest covered polycarbonate surface ever made in the world.

To get an estimate of the total volume, just think that we worked around 210 tons of plastic material.

In the 90s Caoduro SpA was chosen to build the roofs of three main stadiums of the Italian 90s World Cup. In addition to the San Paolo Stadium in Naples, we contributed to the coverage of the “La Favorita” stadium in Palermo and the “Delle Alpi” stadium in Turin. In the Palermo stadium, we created the cover of the Press Room with two self-supporting arched tunnels in methacrylate, opal color, measuring 5 meters by 27.50m. For the Turin stadium, on the other hand, we have created 52 42-meter long vaulted blades in transparent thermoformed polycarbonate.

”The achievements of the 90s on the occasion of the World Cup have highlighted us as one of the leading manufacturers in the sector and since then we have been considered the standard for overhead lighting in sports and industry. 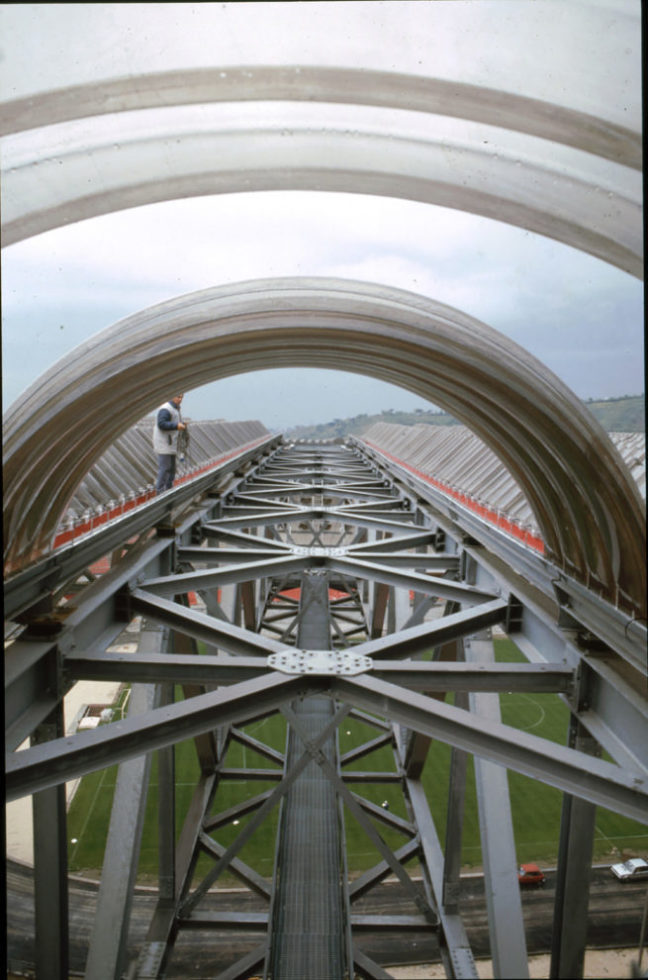 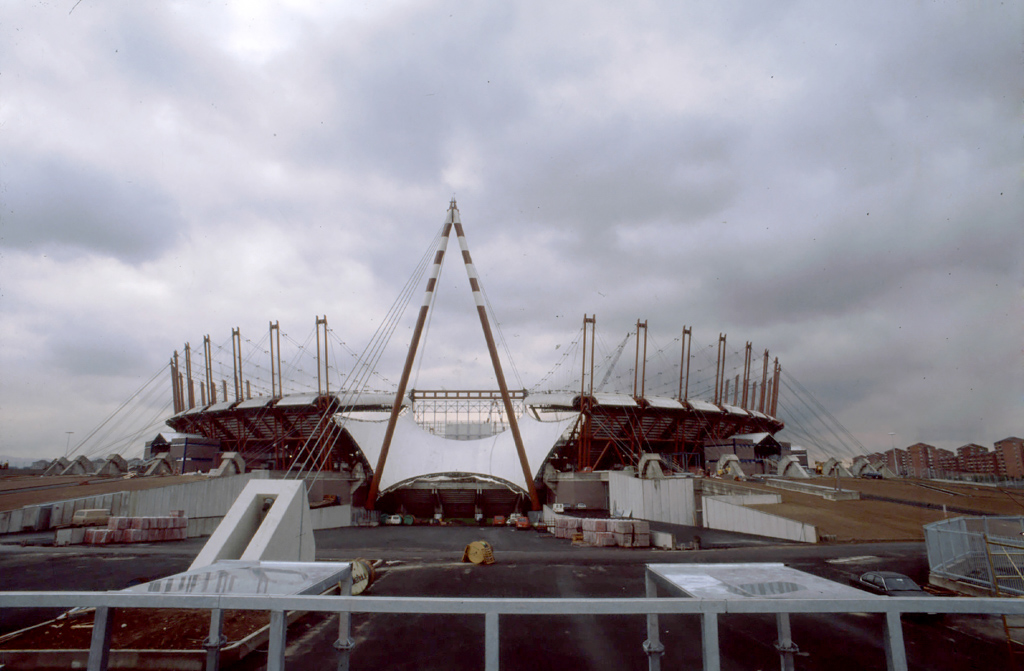 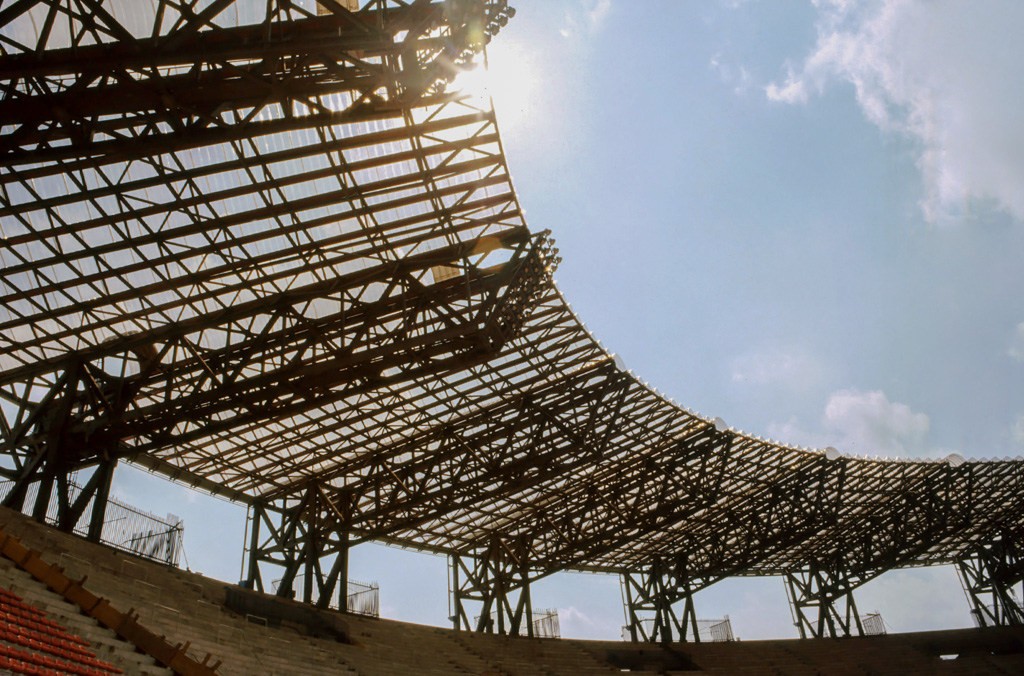 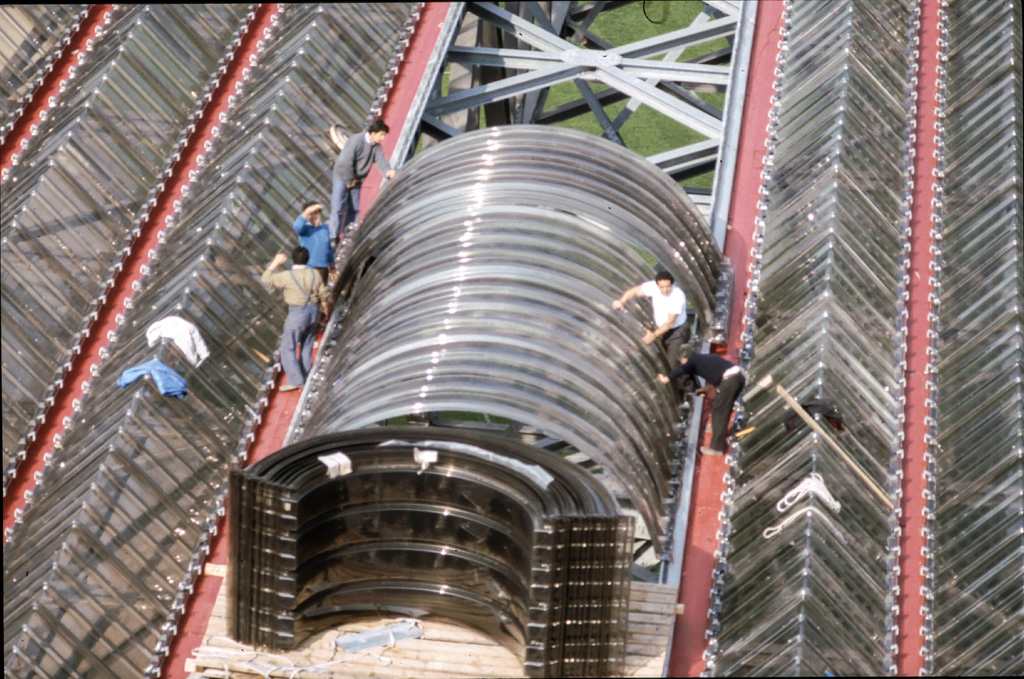 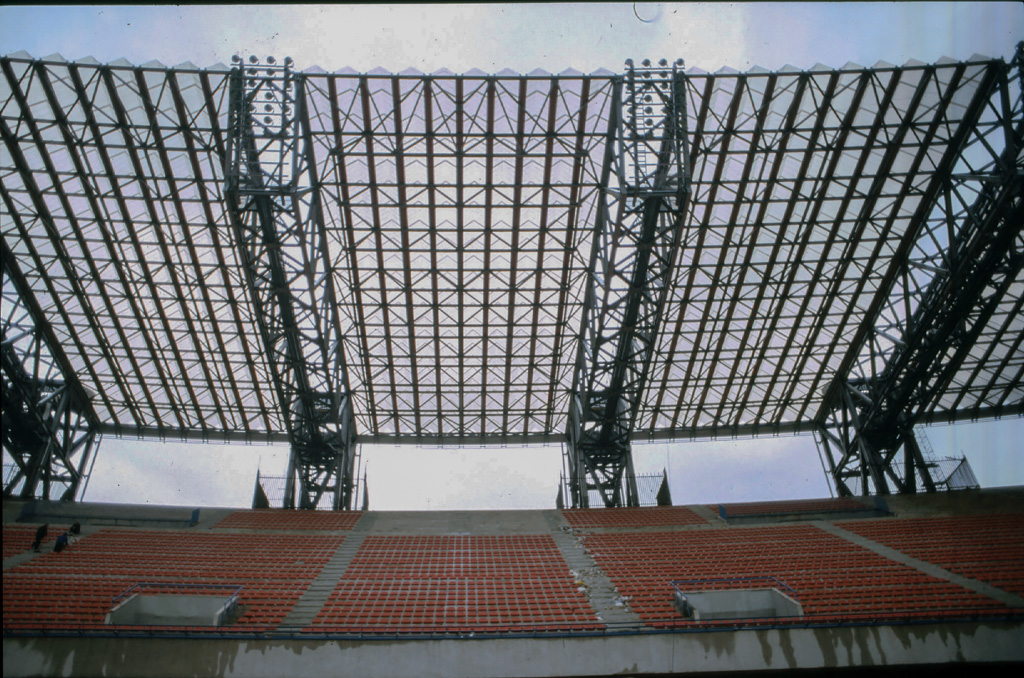 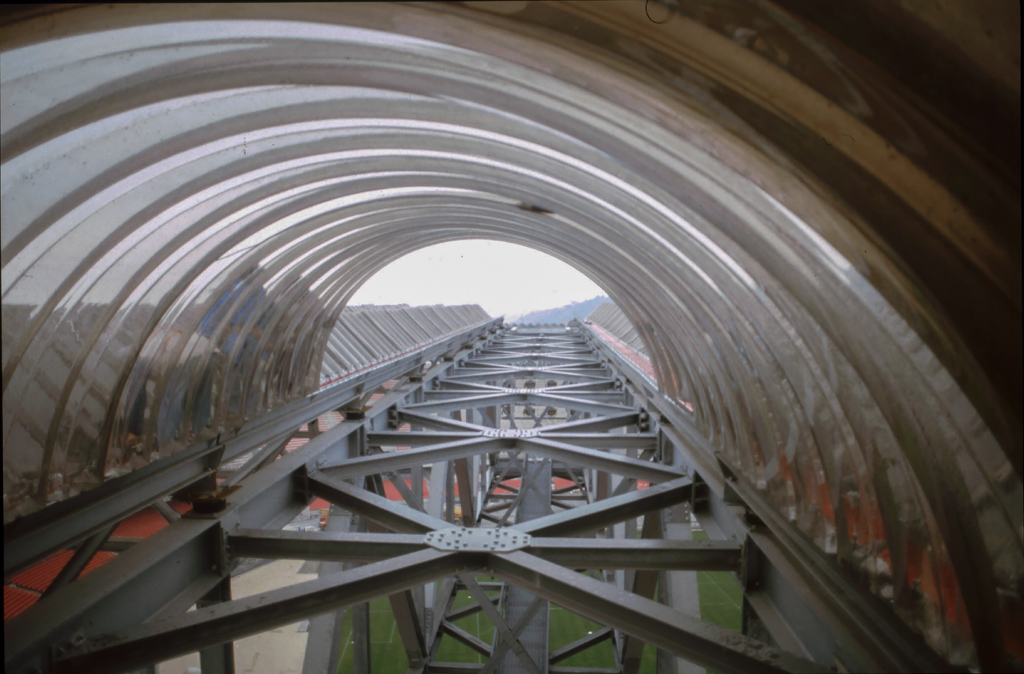 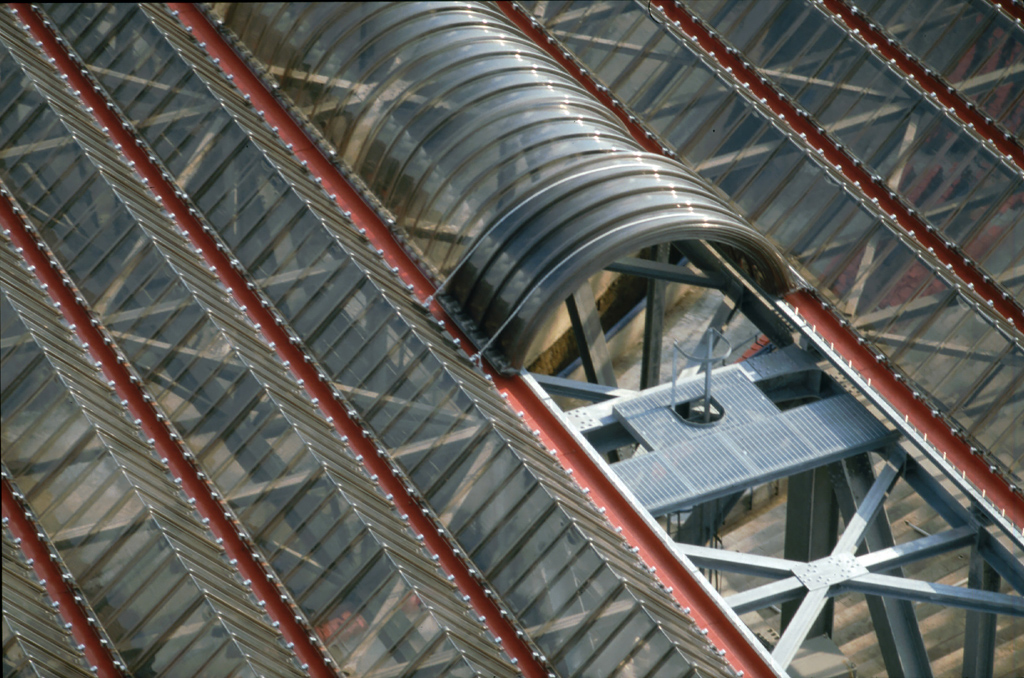 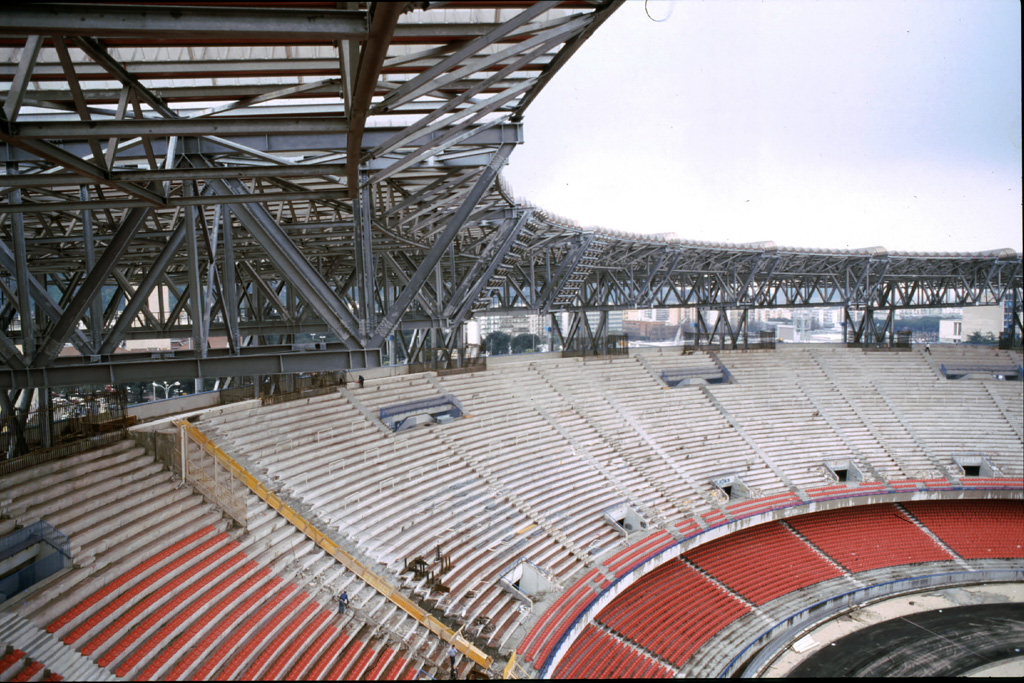 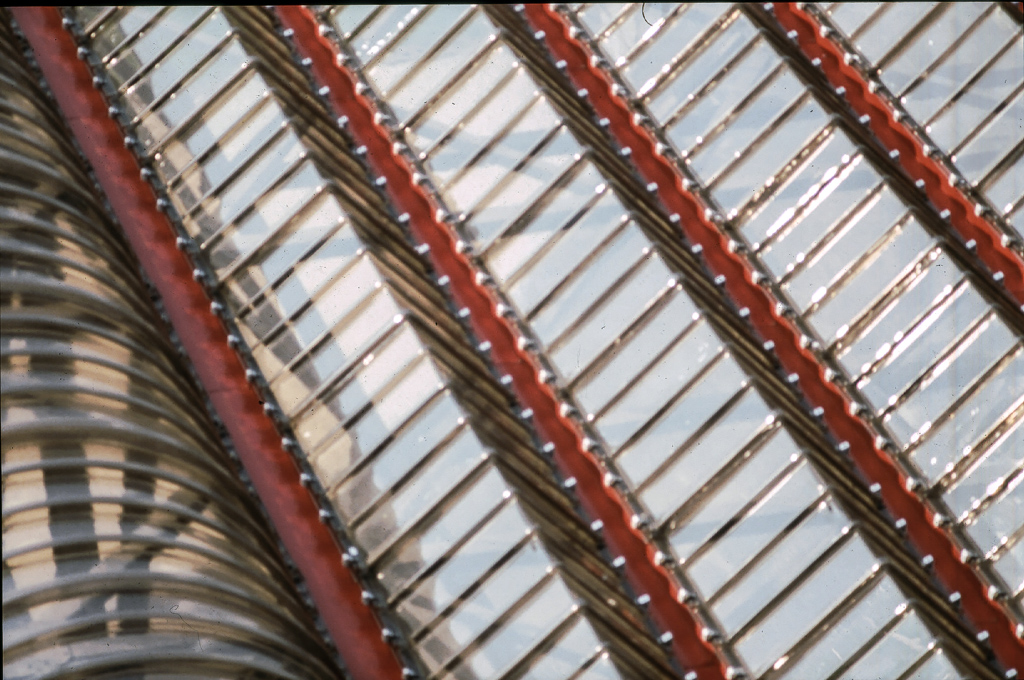 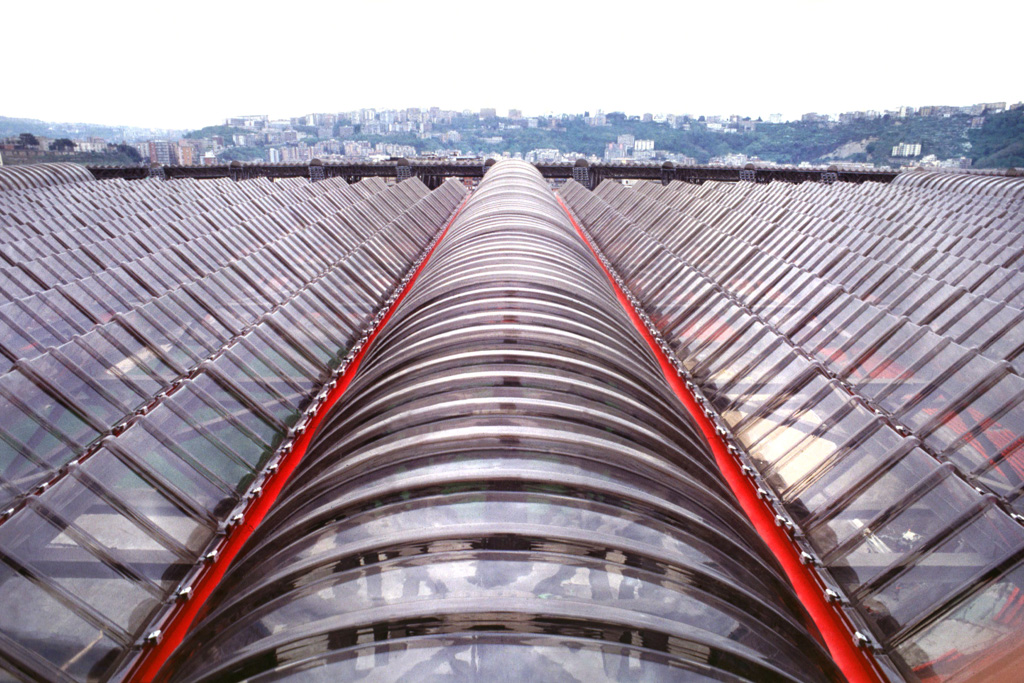 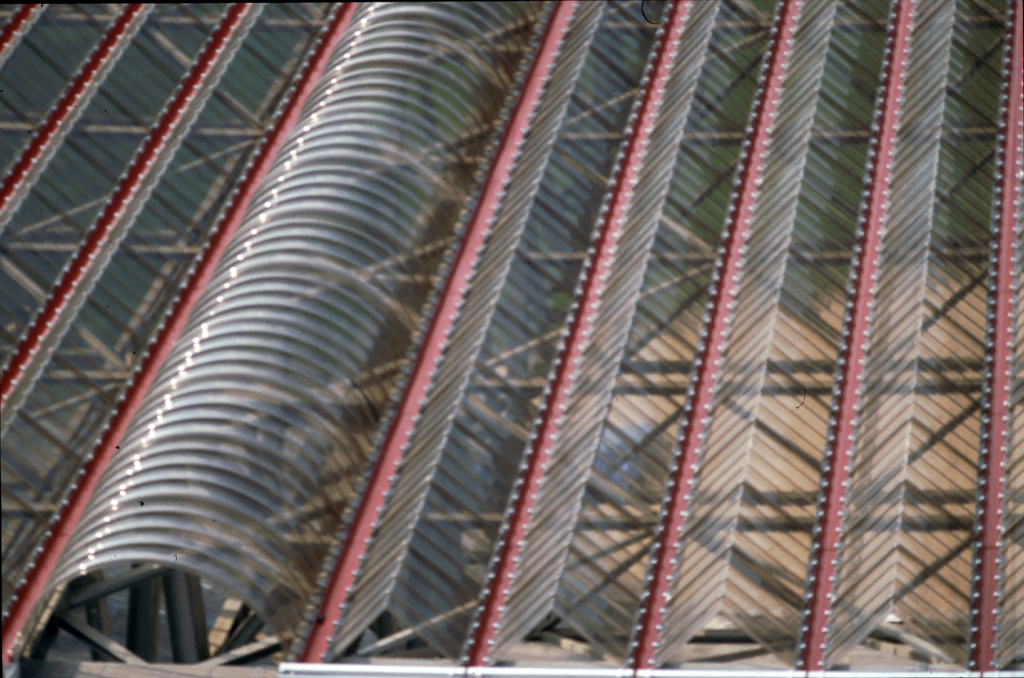 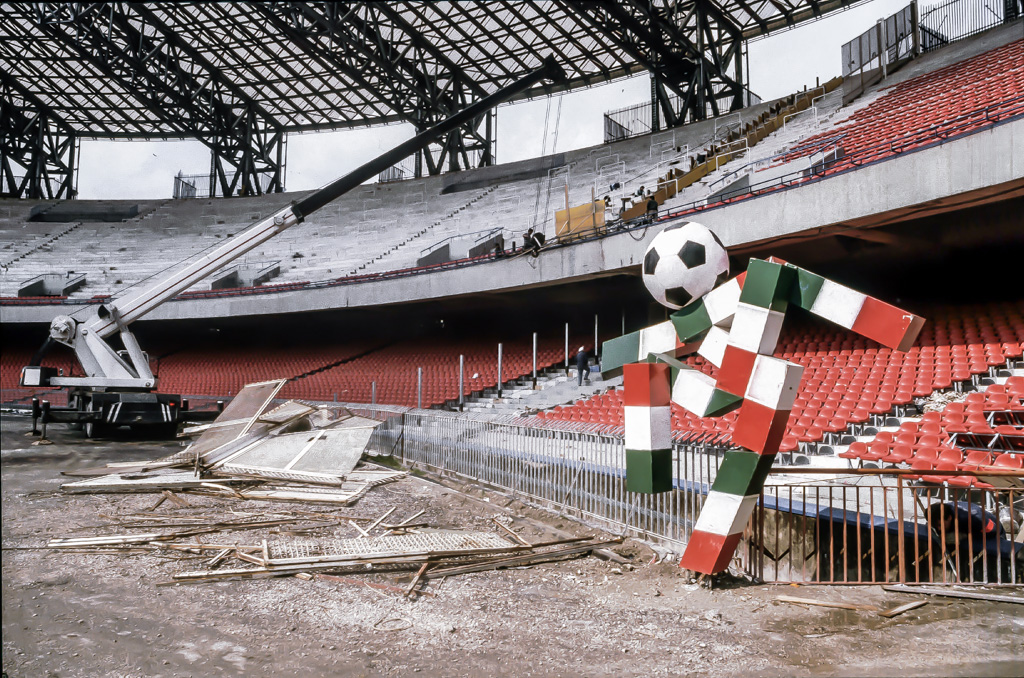 About Us
History
Services
Production